The amendments on the Georgia ballots always throw me. They’re worded so nicely and always sound like voting “Yes” would be an improvement over the status quo. So I decided this year to use this platform to show the results of my homework and make some official recommendations.

Shall the Constitution of Georgia be amended to allow the state to intervene in chronically failing public schools in order to improve student performance?

In plain English, this is asking if the state should be allowed to take over failing school districts. This is the most difficult of the four to answer. On one hand, it sounds good for the state to be able to step in and make sure that corrupt local governments (like the one that’s getting cleaned up where I live in DeKalb), or racist or classist ones that are failing students of a particular ethnicity or in a particular financial situation, don’t compromise the education of the children. On the other hand, does the state have a plan to address the actual problem? I defer to the wisdom of my friend Rebekah Cohen Morris, who is a teacher and who thinks critically about the politics and mechanics of the education system at georgianeducator.org. Her post, “Not Just Another Article on School Takeover“, digs deep and concludes that the best vote is “No”. In particular, her argument about holistic services for children living in poverty resonates. Throwing out the teachers, for instance, or burying good teachers under paperwork doesn’t fix the fact that a child coming to school hungry or from a stressful home environment won’t be as ready to learn.

I’m genuinely conflicted about this one. I’m a product of DeKalb County Schools on the south side, and I know how unequal the school district was even then, with shiny, well-maintained schools in the then-predominantly white northern part of the county. The county needs intervention. I just don’t know if this is the one. We can’t let it lie here though with a NO vote, pressure has to be maintained on the counties that are failing to take other steps to resolve this and leading to targeted resolutions in the coming year.

This measure funds the Safe Harbor for Sexually Exploited Children fund, which has already been created but required a funding mechanism. Some assembly members voted against it, but there appears to be no formal opposition or indication that this reaches beyond punishing offenders and taxing adult establishments more. I would recommend being mindful of how the Safe Harbor fund is used and funds disbursed over the coming years, but I see no reason to oppose.

This sounds good, right? Let’s make sure there’s a judicial oversight board. Here’s the catch: there already is one. The amendment abolishes the existing one, which is comprised of two judges, 3 members of the State Bar, and two non-members who are gubernatorial appointees. The new one would be created via laws of the General Assembly. This means effectively that the legislature gets to pick who oversees the judicial branch of Georgia government. This appears to me to be a clear violation of separation of powers, given that the current commission is already subject to confirmation by the State Senate. I see no urgent reason to change this, and many prominent Republicans, such as Josh McKoon, agree.

Shall the Constitution of Georgia be amended so as to provide that the proceeds of excise taxes on the sale of fireworks or consumer fireworks be dedicated to the funding of trauma care, firefighter equipping and training, and local public safety purposes?

This amendment actually arises from Senate Bill 350, which you will notice is the imposition of a 5% excise tax on fireworks. I have no personal objection to this, especially given that the tax will be used for problems that fireworks create. I’d like to see a bit more allocated to 911 and a bit less to firefighter training, as I think the more frequent problems will be 911 calls complaining about noise and trauma center visits due to injury, and I think actual fire-related issues will be less frequent. But no significant objection. If you hate all things tax, vote no. Otherwise, let the bottle rockets and M-80s cost a bit more if the money is going to stem any damage they cause. 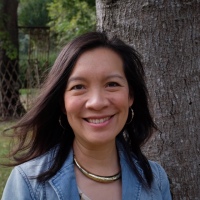 Writing journal of author Tananarive Due

Thoughtful and Critical Conversations About Education in Georgia

The thoughts rants, and musings of Michael Harriot

I get paid to make stuff up.